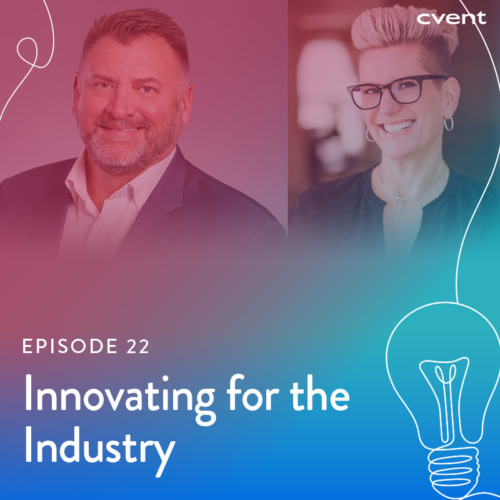 Connect with Jill on Linkedin
LISTEN TO THE PODCAST

In the past several weeks, we’ve had to quickly adapt to virtual events. Because of their strong focus on virtual events, planners have innovated the events industry by pioneering new event technologies and strategies. Jil Dasher with HPN Global and Phil Saims with Federal Conference join us today to share how they have innovated their events.

In the conversation, Jil and Phil express the importance of keeping your attendees engaged and included in the conversation. This can be achieved by utilizing tools such as a virtual reality headset, the CrowdCompass app, and more.

Listen in to hear how they believe event planners have become more valuable than ever!

An item that continues to come up when we are working on groups is wifi needs. How much bandwidth is enough and how much-dedicated megs do you guarantee under concessions. I am passing on some great resources to figure out the answer to these questions.

In order for us to help our clients, it is very important for us to identify the following information:

Once we have this information you can use the PSAV bandwidth calculator to figure out how many megabits of bandwidth is needed for the group. If it is a large group with a lot of attendees you will want to get dedicated wifi that is exclusive for your group. We typically negotiate the bandwidth complimentary as a concession our larger groups and always include the megabyte number.

If you have any questions about wifi or anything else, just give me a call.

In 2016, event promotion is not complete without a social media strategy. Sure, leading up to the event posts promoting attendance are vigilantly published. But where most organizations falter is covering the event. We understand, social media is often a secondary responsibility, not a specific role. That’s where digital media experts come in.

We’ve put together this case study on our most recent live event coverage for HPN Global’s 2016 Partners Conference. Tactics included everything from live tweeting to LinkedIn spotlights, but the star of our strategy was Facebook. We also developed a custom app for the fourth year in a row, that enabled streamlined communication between coordinators and attendees via a digital environment. Here are the results:

A month before the event, the app was already booming with hundreds of opens.

The app was utilized throughout the event by attendees and coordinators alike. It was optimized for both Android and Apple products and was accessed from various portable devices.

The app had the full conference schedule at a push of a button. Coordinators could announce upcoming presentations and events via push notifications to boost attendance and most significantly, the app was utilized to communicate any changes in itinerary to attendees.

There was just under 100% adoption. There were roughly 450 attendees and most used the app:

The first day’s video was uploaded that night at 9:05 p.m. A sleek, professionally shot and edited video produced in just a few hours. The video received hundreds of views within minutes, it is now at over 3.5K views and it’s the right people watching.

This video posted just past noon on the second day of the event went live with much anticipation. There were thousands of views by nightfall and is now tipping the scale into 6K views.

The third and last day’s video received over 3.5k views.

A sleek video to finish it off. This video garnered over 8k views.

Painting the future vision is key. A must for any event social media strategy.

These quick turnaround videos not only excite and entertain attendees, but also hold deep value in their ability to inspire future attendance. Non-attendees are enticed to register for future conferences by seeing the event in all its glory. Each video has thousands of views from all over the world.

Facebook is the world’s leading social media platform. Thus, it is here where event social media efforts should be focused.

The engagement on the HPN Global Facebook page exploded during and after the event. It went from an average engagement count of about 75 to a simple photo of the beloved CEO, Bill Kilburg, receiving over 300 interactions. Live coverage of this event captured people’s attention.

And that wasn’t the only one… The engagement on the page that weekend and beyond was astounding. What does this tell us? That live event coverage draws lasting attention to a business page.

All in all, the digital strategy for this event was an (admittedly) expected success.

There are three ways to advertise on the HPN Global Partners Conference Mobile Application. Deadline August 19, 2013. Marquis Sponsorship – $4,000 This option will be designed to showcase your brand each time an attendee opens the app. Last year we had huge adoption and engagement in the app with more than 80% of the attendees downloading the app and accessing it multiple times before, during and after the conference dates.

END_OF_DOCUMENT_TOKEN_TO_BE_REPLACED

On the meeting app stuff. There are so many great programmers out there, really anything is possible. I also like http://www.meetingplay.com/and http://doubledutch.me/ apps, although we are using http://www.quickmobile.com/ again for the 3rd year in a row because of the great relationship and service they provide HPN Global. They know what we want (a nice solid app nothing overly tech advanced, proven and stable.)…Last year was a good example the year before, not so much.